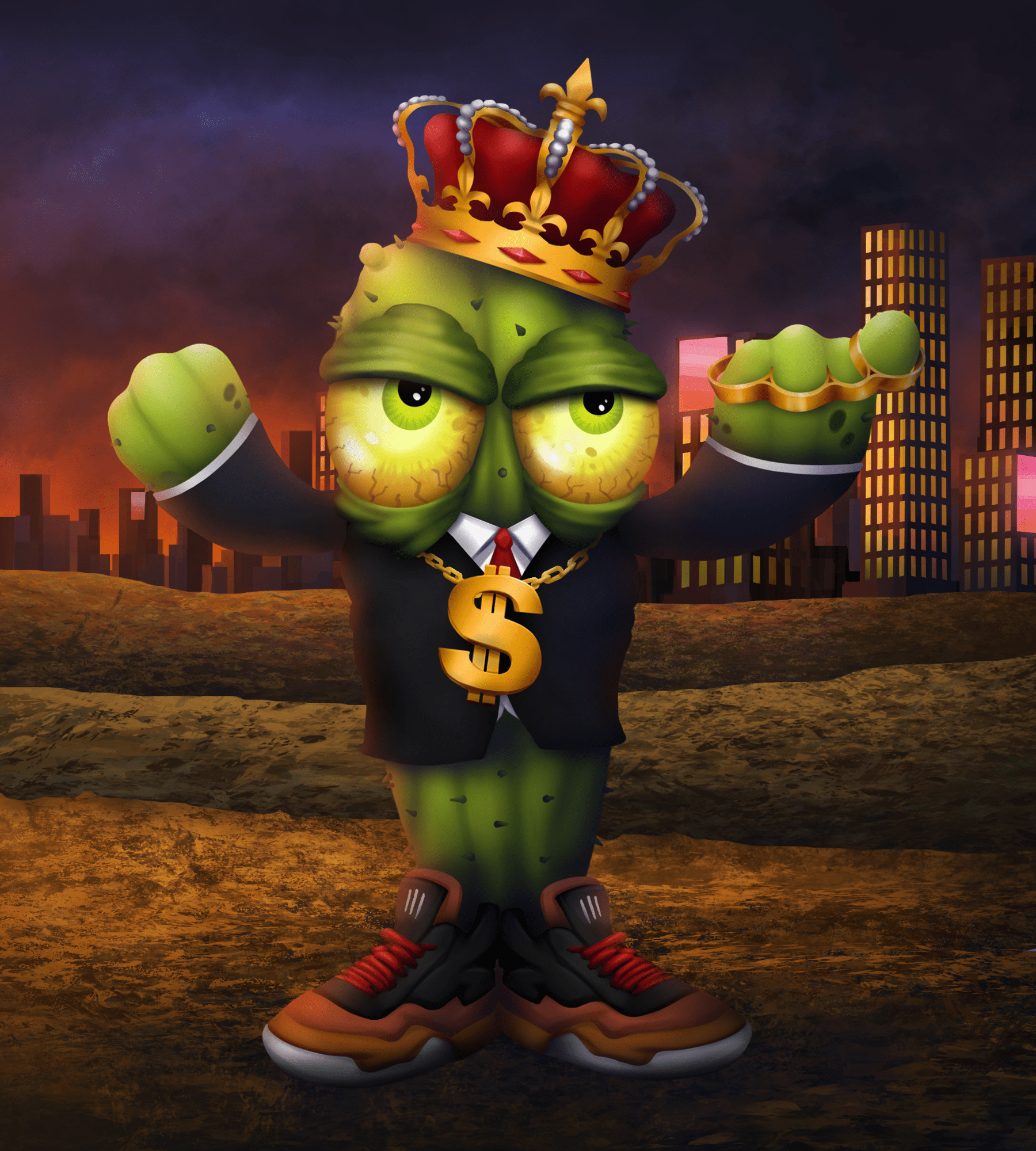 Each of the 10,000 TACTUS NFTs has been created to have a special identity with its own level of toxicity.Loads of Traits like expressions, clothing and backgrounds combine giving each cactus a mysteriously mischievous personality. They could be gangsta, cool, drunkards, R&B fans, flashy, funky or disgustingly greedy.So come on in and join the mischief! Which one would you like? Which one do you think is closest to your identity? What could you do with a Toxic Cactus?Get set to own a TACTUS NFT and unlock exciting and thrilling opportunities within this universe.