How Blockchain Gaming is the Future 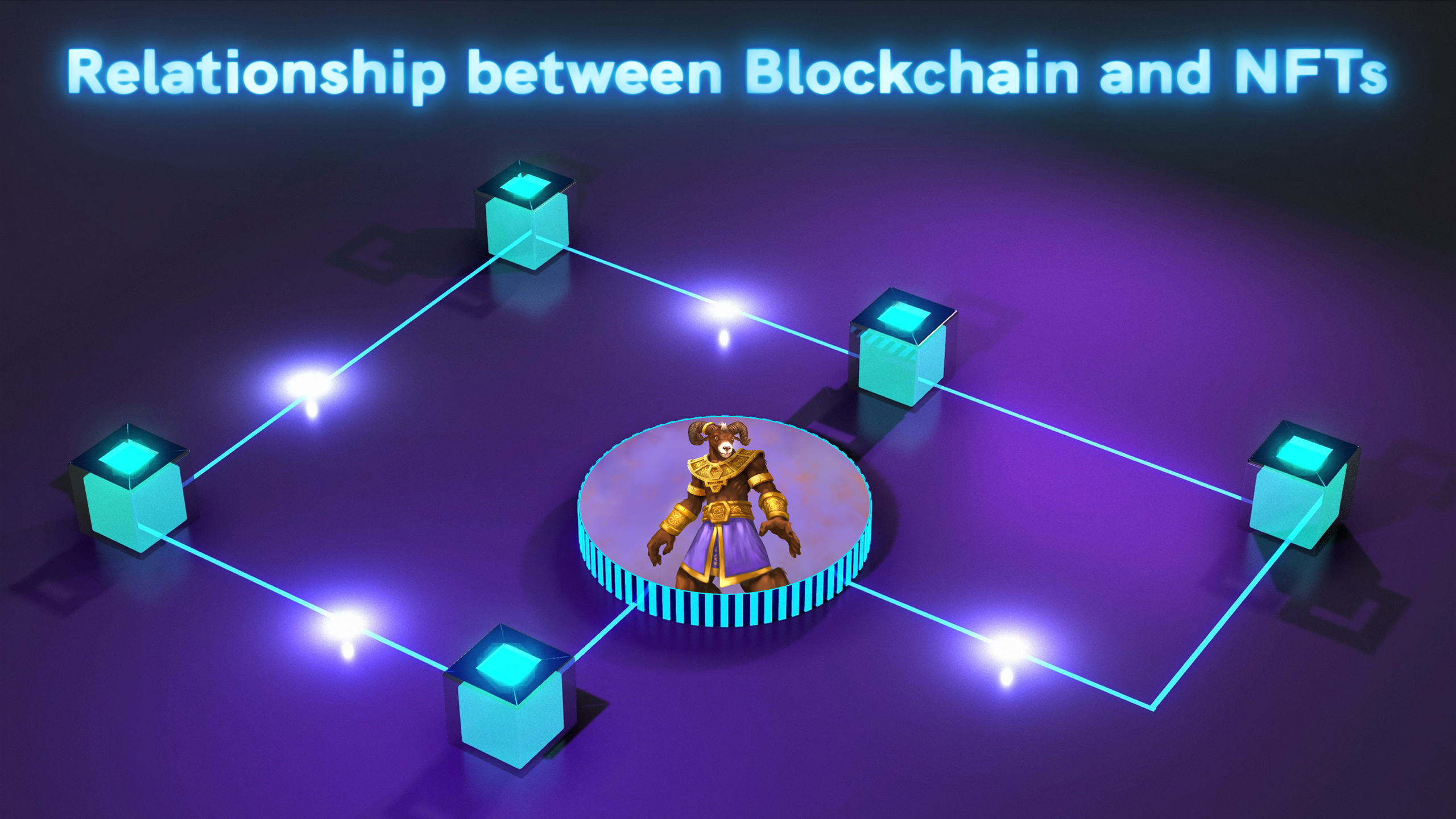 In 2020, the blockchain gaming sector generated $321 million in revenue, with 41.9 million gamers acquiring cryptocurrency. In the third quarter of 2021, it surged to $2.32 billion in revenue- an all-time- high (ATH). Today, the young but promising industry is revolutionizing gaming by allowing players to earn money while gaming. If you're looking to learn more about blockchain gaming, this is the article for you.

A blockchain game (also called a crypto game or NFT game) uses cryptography-based blockchain technologies to create video game elements. Rather than being stored on a centrally managed server, blockchain game assets are distributed among players. As a decentralized project, a copy of the game is owned by one entity and a network of computers playing the game.

Cryptocurrencies and non-fungible tokens (NFTs) are central to most blockchain games. Players can buy, sell, and trade NFTs. These games, also known as "play-to-earn" (P2E), can sometimes afford to pay for players' living expenses, and game publishers also profit by collecting a fee from every transaction. This hook has led many to smell the potential in mass adoption, and investors are currently jumping onto the space.

What Is The Blockchain?

The blockchain is the driver of cryptocurrencies such as Bitcoin and Ethereum. A worldwide network of computers manages a decentralized collection of data blocks. These data blocks are typically used to record information, usually transactions, using cryptography. In this system, cryptography is used to bind data blocks together, and the network's transaction history is public. Therefore, the blockchain is a type of ledger technology that acts as an information recording and storage system. It makes it difficult to change or delete data after it has been recorded.

What are Non-Fungible Tokens?

On the other hand, NFTs are immutable digital assets created (minted), traded, and sold on the blockchain. Non-Fungible means not replaceable, and this means that the asset is unique. Since November 2017, a whopping $174 million has been spent on NFTs. Even though they've been there since 2014, NFTs are gaining popularity as they drive the physical creator economy, encouraging artists to purchase and sell digital art. Art in NFTs or other collectibles is essential to gaming; this opens up a slew of new opportunities for game creators and players across virtual markets.

Relationship between NFTs and the Blockchain

Cryptocurrencies and NFTs are the two most popular blockchain features. NFTs exist as various items, including digital photos, audio, videos, cards, skins, and other like items. As such, players may earn or buy NFTs in blockchain games and ownership of the assets. Furthermore, NFT assets are valued in the games and on third-party marketplaces where they may be exchanged or sold.

Traditionally, most games include marketplaces where players can buy and sell commodities like weapons, avatars, treasure boxes and food. However, even if they paid actual money, they might not own any of it because game creators have used a centralized model, controlling game dynamics, from the plot to the game assets amassed by players. As a result, players have had no true ownership of their accounts or assets because one corporation always owned everything.

The blockchain enables decentralized and fair virtual marketplaces, allowing players to have true ownership and unlimited creativity in the gaming experience, as gaming firms no longer have complete control. On this pretext, CryptoKitties, a game that allows players to purchase, sell, and produce many types of virtual kittens in the form of NFTs, became a primary driver of the gaming revolution in 2017. The game allowed players to transform each virtual kitten into a unique, valuable digital asset, the most expensive being sold for $172,000.

How do Blockchain Games Work?

A smart contract is a contract between two parties based on computer code. They are stored in a publicly accessible database and cannot be changed because they are self-executing codes that run on the blockchain. To exchange, generate, and implement NFTs in a game, developers create smart contracts that outline the rules for NFTs.

NFTs are a crucial part of the Blockchain game's rules, procedures, and player interactions. Therefore, digital versions of the games' items are also available. An NFT can, for example, represent a player's character or avatar in a game. Players can then sell or trade their NFTs to other players for a profit.

What you can earn from a blockchain game depends on the game's mechanics and demand. Other players who value the NFTs or cryptocurrencies you earn in the game will pay you for your services. NFT or tokens in blockchain games are valuable because of their collectability or utility.

It is possible to lose money playing blockchain games. Depending on the game, the mechanics, and the value of the NFTs you're dealing with, the exact amount will vary. Only invest what you can afford to lose in NFTs because their value, as well as your losses or gains, will be determined by the market.

The Top Blockchain Games in 2022

With a spellbinding storyline and a lucrative model for investors to earn, RiseAngle has received 300,000+ Installs of its 5 unique metaverse games chronicling virtuous gaming. With products like the World of Mazes and its  RiseAngle Membership NFT (RAM NFT), the company has secured its spot at one of the top blockchain games in 2022. Rise Angle is currently working on bigger generations of their products that promise users staggering rewards from the plethora of opportunities they offer.

Breeding Axies and entering them in tournaments is the primary story of this game, and this has earned it its comparison to Pokemon. Each digital creature is an NFT that may be purchased, traded, and bred. Rare Axies may be valued at tens of thousands of dollars. Recently, this blockchain game sold a virtual property plot for $1.5 million.

Mobox is a free-to-play game that uses the Binance Smart Chain to integrate gaming with decentralized finance (DeFi). The creators aim to close the gap between GameFi and gaming to let players and investors access games from many blockchains in one convenient location. The game's primary purpose is to allow gamers to freely engage in NFT games and earn money while doing so.

The Google Play Store boasts over 1 million downloads of this bubble shooter game. It has a high user rating of 4.6, indicating that the game is legitimate and that gamers enjoy it. However, users ought to have a Coinbase wallet to acquire Bling points. Three thousand points could earn players 0.000000003 BTC.

At Upland, players may purchase, sell, and trade virtual land linked to the real world. The buildings are created by digital landlords who earn UPX coins as rewards. So far, the project has mapped out New York and San Francisco, and virtual owners may buy digital lookalikes of these places.

The new NFT game systems have been built by the gaming and decentralized finance industry, Game-Fi, which has transformed how users make money with NFTs. NFTs are now more than just collectibles. For RiseAngle, they represent the tool that effects “a shift in the balance of wealth-creation from the ones who control the resources towards the ones who work hard to build” Blockchain gaming has not only disrupted traditional gaming systems but has created an entirely new economy that can be driven and managed by you. Music NFTs: Everything You Need to Know
NFT has grown in popularity but many people still associate it with graphics images and pictures that are sold for a high amount of money. Even though...
May 06, 2022 Everything You Need to Know About MetaMask: Tips and Tricks
With the Ethereum blockchain looking to serve as a platform enabling other blockchains — now referred to as layer 2 networks — by the end of 2022, it...
Apr 27, 2022 Exploring DAOs and The Ushering in of a New Era For Business Organizations
The fun part about disruptive innovations is their lag times. And specifically, the lag times between stimulus and response. Remember a time when you...
May 16, 2022 A Guide to Setting Up Your House in the Metaverse
As physical destinations are getting more pricey at a record high, there is increased patronage for tourism and adventures for real estate properties...
Jul 11, 2022