Play to Earn: How It Works and Why You Should Take Advantage 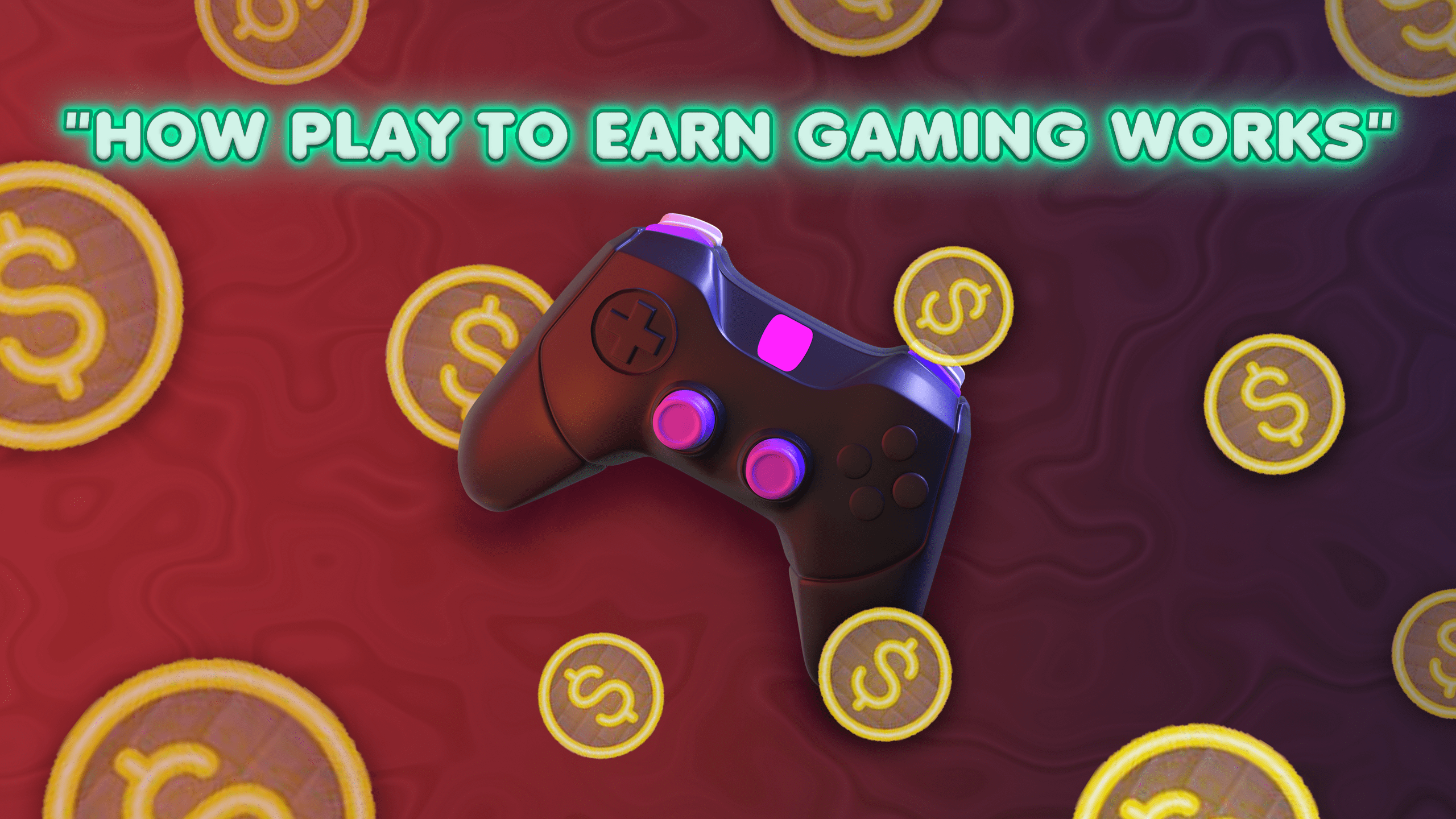 The blockchain revolution now taking place on the internet, also known as Web 3.0, is altering everything and redefining how we accomplish a variety of things in our lives. From the way, we preserve digital records (Smart Contracts) to the way we handle our money (DeFi), how we build communities (Decentralized Autonomous Communities-DAO), and even games, blockchain technology is changing the way we live (GameFi). The notion of "Play to Earn" is one of the revolutionary concepts that the blockchain has given to the world of gaming. Those who are interested in learning more about how it works and why they should take advantage of it should read this article.

The History of Gaming

Gaming has been around for a long time. The first generation of consoles games featured one-way interaction, in which the player purchased the console and could only play the games that the designer had approved for the platform.

Before beginning to play the game, the player must make a financial commitment by purchasing the console and other necessary equipment. The designer is in charge of all modifications and upgrades, and the player is only allowed to use what the designer has created for him or her in the game. It is possible for the player to become disinterested or exhausted while playing a video game, and thus lose all of his or her progress as well as the money spent on purchasing the console and playing equipment.

The next generation of games allowed players to play both with and without a financial commitment. In both instances, the player could modify the games using in-app purchases. So that means that the player has a chance to take the game from the basic level to another level. However, if the player gets tired, the progress or the in-app purchases cannot be taken to another game; they are lost.

Here enters the new generation of gaming based on blockchain technology. It offers the player two things that the older models do not offer. Interoperability, ownership, and the ability to earn from the game. Interoperability means taking attributes purchased in a game and applying them to other games built on the same blockchain. This is related to ownership, as the player is seen as the true owner of the in-app purchases and can do anything with them. Then play to earn means that, unlike in the other gaming generations where the player makes a financial commitment to play the game, the player gets financial rewards.

How Play to Earn Gaming Works

Play-to-earn gaming isn't a new idea. Some older games let players earn gaming currency that they can sell or even earn real money by playing. However, these were not common and had no evolutionary product behind them. The blockchain-backed Play to Earn gaming rewards players with two main rewards: cryptocurrency tokens or NFTs. However, few companies reward the players by staking. Staking means that players lock up NFTs or cryptocurrencies using smart contracts, and while they play the game, they earn rewards for what they lock up.

The revolutionary thing about Play to Earn gaming is that it offers players a chance to earn money while playing games. So the rewards are generated because, by playing the games, the player generates value both for other players and the game developers. The developers then share these rewards using some preset metrics with the players.

However, much as with the majority of items on the blockchain, players will not be able to change their rewards (tokens or NFTs) to fiat cash immediately after receiving them. Instead, users must first move the NFTs or tokens to a marketplace or an exchange before they can begin trading. After that, they either sell them or swap them for a more reliable currency like the US dollar. This may then be readily changed into fiat cash and used to purchase goods and services.

Why You Play to Earn Gaming is So Important

The nature of Play-to-earn gaming and the size of the cryptocurrency market has made this one of the biggest parts of the gaming industry. It is a growing niche, but its size is already very huge. Many people are earning money by becoming full-time gamers. They play across multiple platforms and earn huge tokens or NFTs as rewards. Considering the volatility and growth of the cryptocurrency markets, these are huge rewards when converted to fiat currencies. The question now becomes, how does someone get to participate in play to earn gaming?

Participation is very easy, just like in playing any other game. Currently, there are over a thousand popular games on the platforms. One needs to just Google and find these platforms. However, it is important to consider what rewards the platform offers and the market value of such rewards before signing up to any platform. Another important consideration is the platform's flexibility and the blockchain it runs on. Some older blockchains that can offer play-to-earn gaming have limitations on ways to earn.

Another point of consideration is whether the game is free. A few developers, especially those developing NFT games, ask for some financial commitment, like investing in the NFT offering or paying some money upfront before starting playing.

Play to Earn gaming, like the blockchain and cryptocurrencies, is a trend that will continue indefinitely. It has tremendous development potential, and because it is a new industry that has combined nicely with blockchain gaming technology, it is only going to get better in the future. People are beginning to make money through playing games and earning money, despite the fact that the industry is still in its infancy. Fortunately, earlier types of gaming do not follow this paradigm and do not have access to supporting technologies such as blockchain to support them. The advantages that play-to-earn gaming provides to the player are numerous and substantial. The fact remains, though, that it is only one aspect of what blockchain or Web 3.0 gaming is all about. This is the future, and we should all take advantage. Governance Tokens: What are they, and How Do They Work?
One of the central features of NFTs and the blockchain technology is decentralization, a system that works via the use of smart contracts. However, de...
Jun 06, 2022 Everything You Need To Know About NFT Marketplaces
When we need a good, we often search for a marketplace- an open square, a plaza, or even a bazaar- where our items of interest are publicly traded. Th...
Apr 25, 2022 Common Mistakes to Avoid While Investing in NFTs
The recent introduction of Non-Fungible Tokens (NFTs) has revolutionized the way we view art, and most investors are taking notice of this....
Jun 27, 2022