How Coinbase NFTs Will Revolutionize The NFT Space 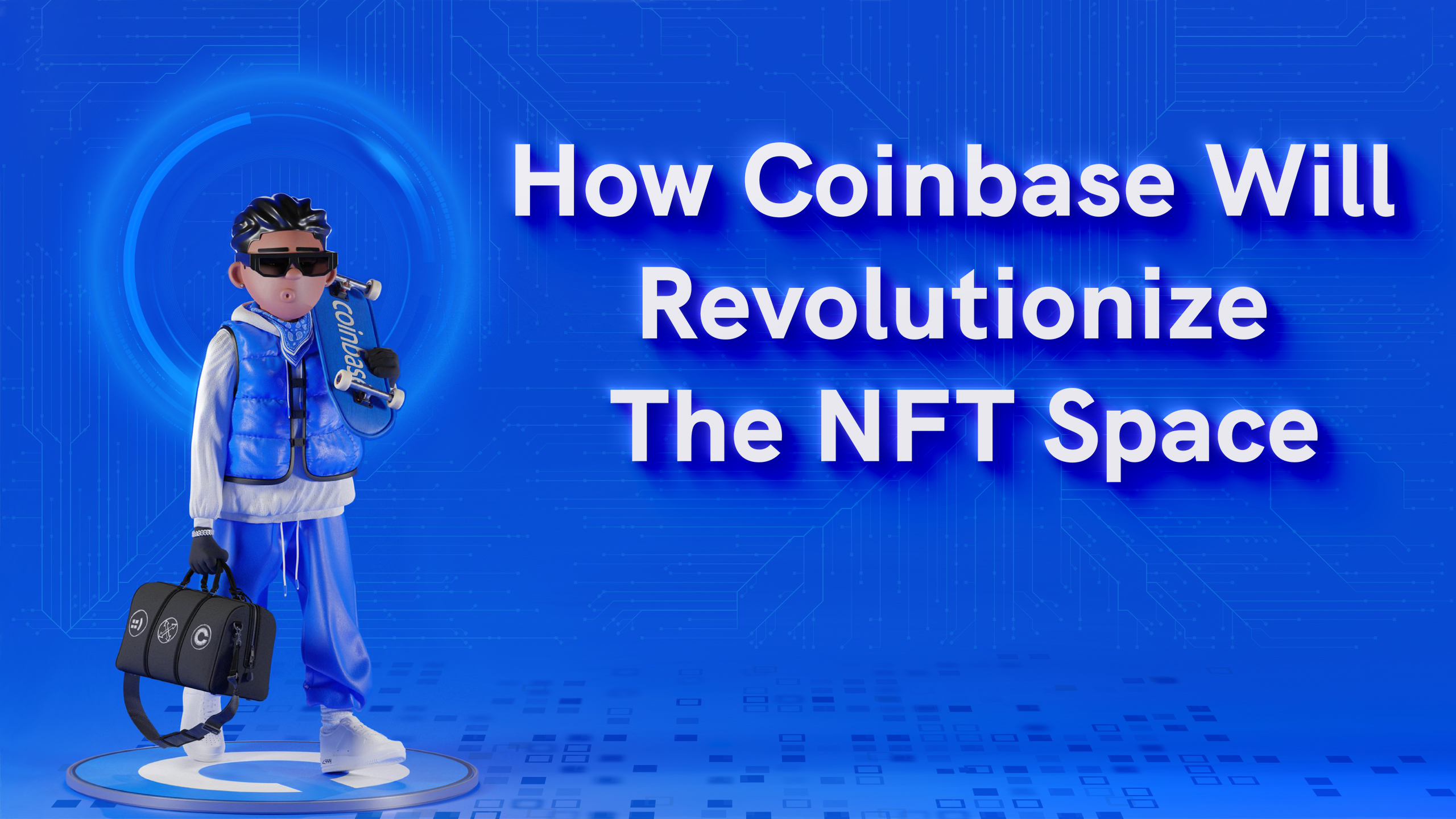 Non-Fungible Tokens (NFTs) are leading innovations due to the blockchain revolution. These are non-transferable digital assets owned by an individual whose ownership of such assets is recorded on a blockchain ledger.

This rise of the NFTs has led to new infrastructure around the blockchain ecosystem. Some of these infrastructures are metaverse and NFT marketplaces.

One of these marketplaces is one launched by Coinbase called Coinbase NFTs. However, Coinbase NFT is more than just a marketplace for NFTs. As they prepare to launch, this article is for those things about what it is all about.

What is Coinbase NFT, and how does it work?

According to the information from the official article on the Coinbase website, the Coinbase NFT is a peer-to-peer marketplace that will make minting, purchasing, showcasing, and discovering NFT easier than ever. The implication is that on the Coinbase NFT, one could do the normal buying and selling or exchanging of NFTs in the market while also putting the NFT to good use.

Coinbase is already a top name in the field of cryptocurrency and blockchain.

It already has one of the most popular crypto marketplaces and exchanges globally. In the United States, it is the largest crypto exchange by trading volume. The company has several products for different sides of the cryptocurrency ecosystem. There is the Coinbase app and Coinbase Pro, along with Coinbase Wallet. Others include Coinbase Prime and Coinbase Custody, Coinbase Card, Coinbase Earn, and Coinbase Commerce.

All of them are part of the Coinbase products and show that the company has a long history of building different solutions for the ecosystem.

How to join the Coinbase NFT

Coinbase NFT is still in development and cannot be used for trading or displaying NFT yet, but one can still join and participate.

To join and participate, anyone interested should take the following steps:

This early access will help you to use and have an early experience of what the Coinbase NFT is all about. Additionally, this can provide a competitive advantage by allowing you to move first before the rest of the field. However, this is currently available only to those in the United States. Still, if you are outside the United States, Coinbase will announce the early access waiting list for other markets soon.

What are the Benefits of Joining Coinbase NFT Waiting List

According to reports citing Coinbase CEO Brian Armstrong, over 1 million people signed up for Coinbase NFT on the first day of the service's launch, despite the fact that the waiting list is only open to people residing in the United States. While this may not be the actual number of users that will use the Coinbase NFT, it serves as a strong indicator that Coinbase is an important entrant in the market.

The question then becomes, from what do the 1 million people who signed up for the waiting list in a single day hope to benefit, and what will you gain from being on the list:

Also, joining the waiting list gives the user early access to the Coinbase NFT. The implication is that you could join the test, and on the product launch date or prelaunch, you could get to use it first.

There may be other rewards coming in through Coinbase is still mum on that, however from what we know of NFT marketplaces, there is usually a reward at times like this.

How Coinbase NFT will Revolutionize the NFT space?

In the same article, Mastercard announced a partnership with Coinbase to allow users of Mastercard to pay or buy NFT on Coinbase NFT directly from their account.

This means that more people could buy NFT without going through the current routes of using cryptocurrencies.

An additional revolutionary aspect of the Coinbase NFT is that it brings together various parts of the NFT landscape into a single location, allowing users to buy, sell, exchange, and display their NFT on this single platform.

This is revolutionary considering that most people buy and sell NFT on one platform and display them on another, but with Coinbase NFT, everything is brought under one roof.

The simplification of participating in the NFT ecosystem is the biggest innovation that Coinbase is doing. In terms of simplifying the cryptocurrency transaction experience for ordinary users, Coinbase has made significant advances. This is the same thing they are trying to do with the NFT. Coinbase NFT will make it easier for people to participate, and a deal with Mastercard to allow people to pay for NFT directly from their Mastercard is one of the first signs of what's to come. More things are coming, and we are waiting.

The NFT ecosystem is one of the biggest revolutions in blockchain technology. Coinbase is building a platform to revolutionize the space and allow users to buy, sell, exchange, or display their NFT. They've done it before with the cryptocurrency exchange, and they're doing it again now. They are bringing it to the NFT marketplace through Coinbase NFT.

Even though it is yet to be launched, we are positive that it is something that anyone who wants to be in the crypto space can sign up for and look forward to.

Opensea vs. LooksRare: What is the Better Marketplace?
'NFT' is not a new word on the internet today. It is not news that many are profiting in millions of dollars from this fast-growing industry, and indi...
May 09, 2022

How to Purchase NON FUNGIBLE Tokens (NFTS)
Over the past year, the use of Non-Fungible Tokens has grown exponentially, but it has not always been like this. In fact, just over $210 million was...
Apr 12, 2022
How do Blockchains Function Like Ledgers?
How do Blockchains Function Like Ledgers?It’s been over ten years already. Yet, the buzz about Blockchain, crypto, bitcoin, and its family take center...
May 12, 2022

The Metaverse: All You Need to Know
Imagine a world where a VR headset is all you need to attend a business meeting anywhere in the world. A world with a marketplace where you can buy, s...
Apr 28, 2022