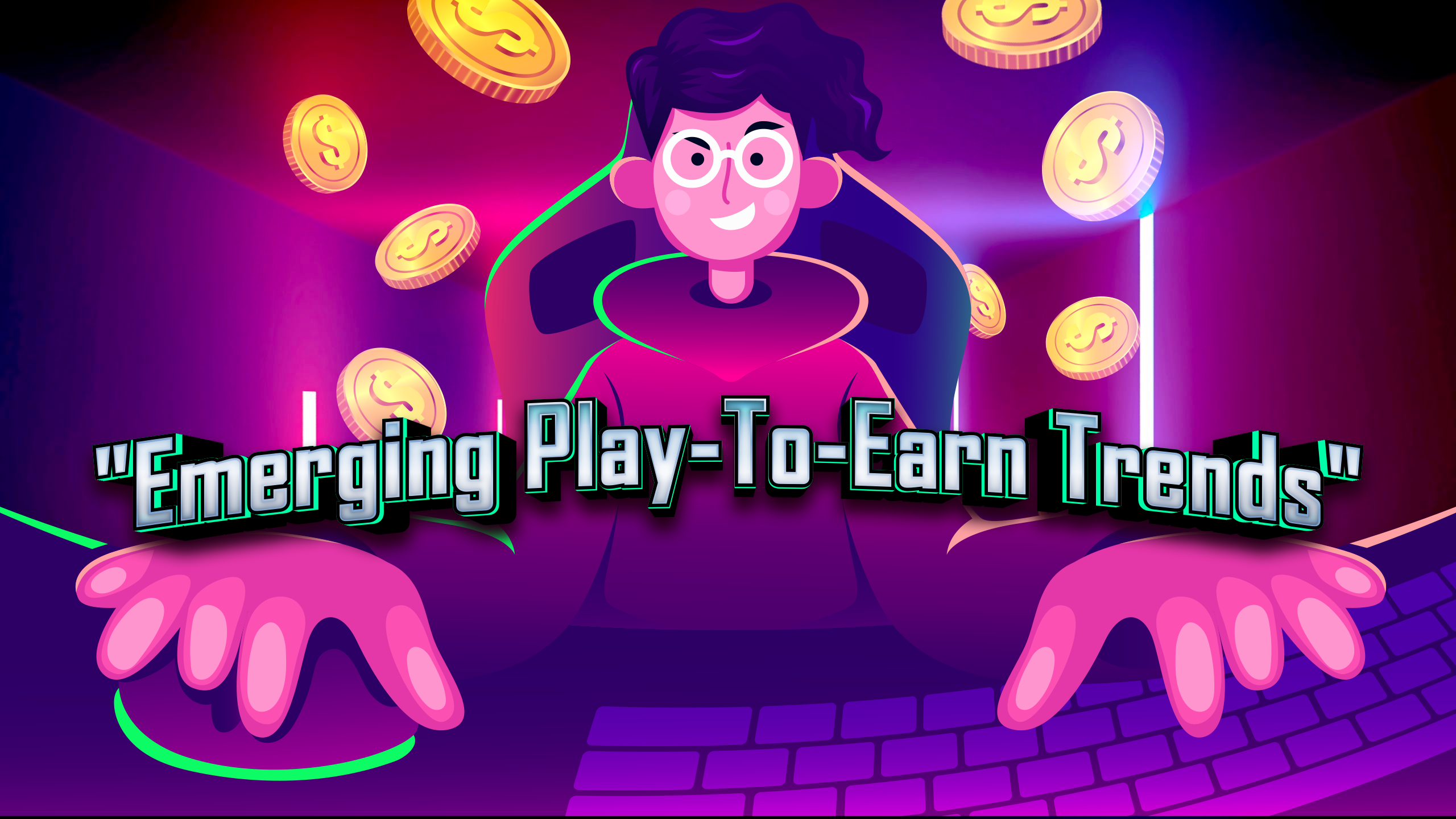 Play to Earn is a business model that has recently gained popularity as a result of the advancement of blockchain technology. The technology adds a new capability to games, allowing players to incorporate some form of financial planning into their gaming experience through a process known as GameFi. Play to Earn gaming, for example, is one of the most significant GameFi innovations. Play to Earn gaming, which is done on one's own time, has seen some innovative moves and new trends recently. This is the place to be if you're interested in learning more about this trend.

What is Play to Earn Gaming?

A fundamental business model in the gaming industry, play-to-earn gaming is a business model where players are rewarded with some form of reward for the time they spend participating in video games. Many different types of rewards are available, such as a fiat currency reward or some form of in-game currency in the traditional gaming industry, NFTs, cryptocurrency, or an increase in the value of their tokens as a result of their participation in a staking process.

The players' rewards for playing come about from the fact that these players create value for other players and the developers of the games. The developers of the games then reward the players with parts of this value in terms of NFTs or cryptocurrency tokens. These can then be changed into fiat currency by first moving it into an exchange or marketplace and then converting or selling it for either stablecoins, which can be converted to fiat currency, or for fiat currency directly.

An example of this game will be Axie Infinity, where players mint or breed Axies by playing the game. These Axies are NFTs on the Ethereum blockchain, and the players can move or sell them the way anyone sells their NFTs. Another example is Super Falcons Game which is based on the Solana network. Players earn tokens known as $FCON by playing in the game's metaverse, and these tokens can then be exchanged on other marketplace and exchanges that power the Solana blockchain.

However, many new trends are beginning to emerge in Play to Earn gaming.

The rise of the Play to Earn gaming model has given many people a chance to become full-time gamers rather than play for entertainment. The model offers the players a chance to get entertained and get rewards.

However, this is not the first instance that people have become professional gamers due to a new trend. The rise of game streaming services converted many players who ordinarily play to public entertainers and full-time players. Some gaming platforms are looking for ways to integrate this into the Pay to Play model of blockchain gaming. This will be a newly added capability to the players as they earn from playing the games and those who stream and watch their games. Many people playing games on the traditional streaming platforms have and will move over to the Play to Earn model now and when integrating traditional and Web 3.0 gaming.

The model is already financing sensitive as players play for the two options of getting entertained and getting rewards. However, a new ability to stake one's NFTs or cryptocurrency on the blockchain that powers the game seems to integrate personal finance. The player then becomes more than just an investor who has some personal investment in the game. Staking, which is a form of mining, is a new concept to gaming, and it is gradually being found in some games and may be the most important part of the Play to Earn model.

There are still questions about what the metaverse is and why it is important because it is a new and emerging concept, but its importance in the blockchain space has been proven. It is changing the game's way by integrating the player with the alternative reality that it offers through NFTs. Most recent games are making it interoperable to move a feature or an attribute from an NFT to a game and the metaverse in this order or any order preferred by the player.

This means that the player owns the attribute once it is gotten and can exchange it for money. This is different from older gaming models that do not allow players to move attributes and where every in-game purchase is lost once the player gets bored of the game or stops playing.

Bringing together investors who have NFTs or cryptocurrency but do not have the time or who are not interested in playing games and gamers who do not have NFTs or cryptocurrency so that both of them can share gains made from gaming is what the profit-sharing communities are all about. This is usually done in Decentralized Autonomous Organizations (DAOs). These DAOs help investors invest their crypto-assets by lending them out to players who then share profit with the community (indirectly the investors). The interaction is made possible due to the inclusion of finance into gaming in the play-to-earn model.

Play to Earn gaming is still a relatively new concept in Web 3.0 blockchain-based gaming, but it is gaining popularity. Many innovations are still taking place in the field, as more capabilities are being provided to users in order for them to earn more money while also having more entertainment opportunities. Traditional gaming companies are beginning to make their way into the industry. In addition, significant investments are being made in the industry. Decentraland and The Sandbox: Ultimate Metaverse Project Comparison
Sandbox and Decentraland are unquestionably among the top leaders and most promising contenders in the emerging trend of creating metaverses for enhan...
May 10, 2022 A Guide to Understanding Web 3 Gaming
As Web 3 takes hold, it has the potential to transform many of the things we do on the internet and even offline. From changes in the way we com...
Apr 26, 2022 What is Web 3.0 and Why Does it Matter?
With the world undergoing another internet evolution, Web 3.0 is the hottest topic on the internet today. It is rife with fresh jargon, many juicy pro...
Apr 21, 2022 Web 3 Browsers And What You Should Know About Them
The growth of blockchain has led to many people talking about a new evolution of the internet or the web as we know it. The argument is that the web i...
Apr 09, 2022

How the Metaverse Is Changing the Gaming Industry
Apr 22, 2022
Emerging Trends in Play-to-Earn Gaming
Apr 13, 2022